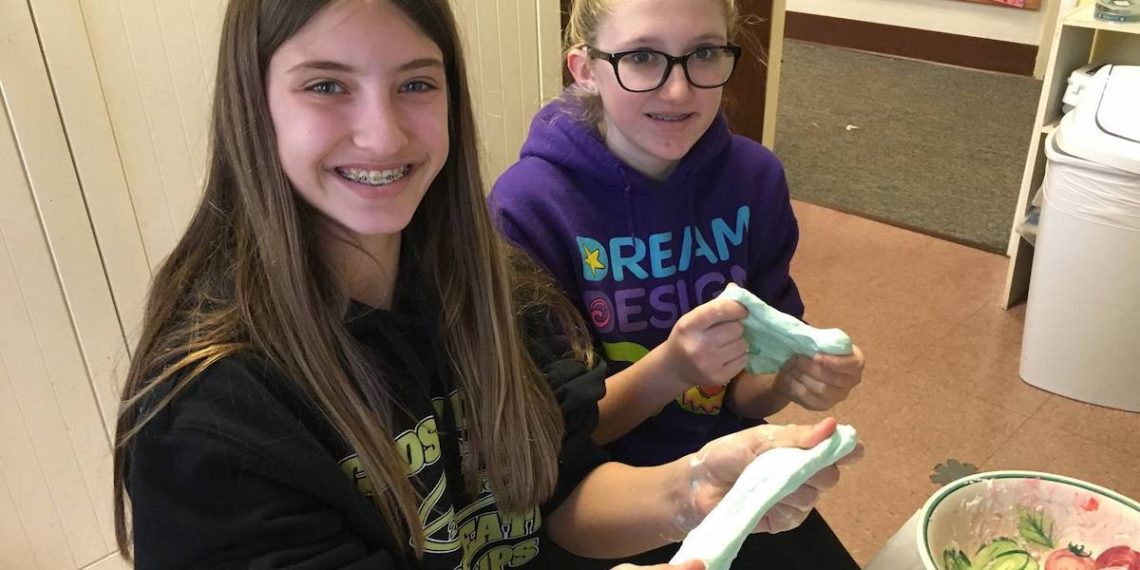 *The following is excerpted from an online article posted on NBC News.

You just can’t get glue to stick around right now. Bottles of the gooey white stuff are flying off the shelves as a kids’ crafting craze is leading to temporary shortages.

They’re making “slime.” It’s a gluey substance, also known as “gak” or “flubber,” made from glue, borax, and food coloring. Home recipes for slimehave circulated for years and it’s a mainstay in preschools, but social media has stretched interest to new levels.

“Elmer’s has indeed seen a surge in sales. In the second half of 2016, Elmer’s saw an increase in liquid glue sales due in large part to slime mania,” Caitlin Watkins, a spokeswoman for Newell Brands, the parent company for Elmer’s brands, told NBC News.

The firm plans to increase production of Elmer’s White School Glue, the most popular glue for making slime.

Instagram and YouTube are filled with images and videos of teens crafting and playing with the gloppy material, customizing theirs with different colors, sparkles, and beads or balls. Some even sell their creations to their classmates or online.

The trend is reaching fad levels now as some individual store locations temporarily sell out, sending parents and kids searching far and wide for more glue.

One mother on Facebook reported her children are “selling slime on the black market.”

“I buy at least 20 bottles a month for my daughter to make slime, maybe more. That’s all she wants to do. She loves it,” wrote another.

Stores are seeing an impact.

“Walmart has seen a rise in glue sales, and we are rolling out a plan to respond to the increase to make sure kids and parents can find the glue they need to have fun with the latest crafting trend,” said Wal-Mart spokesperson Michelle Malashock.

What We’re Learning: THIS OR THAT SERIES OVERVIEW: Middle schoolers see themselves primarily through the…