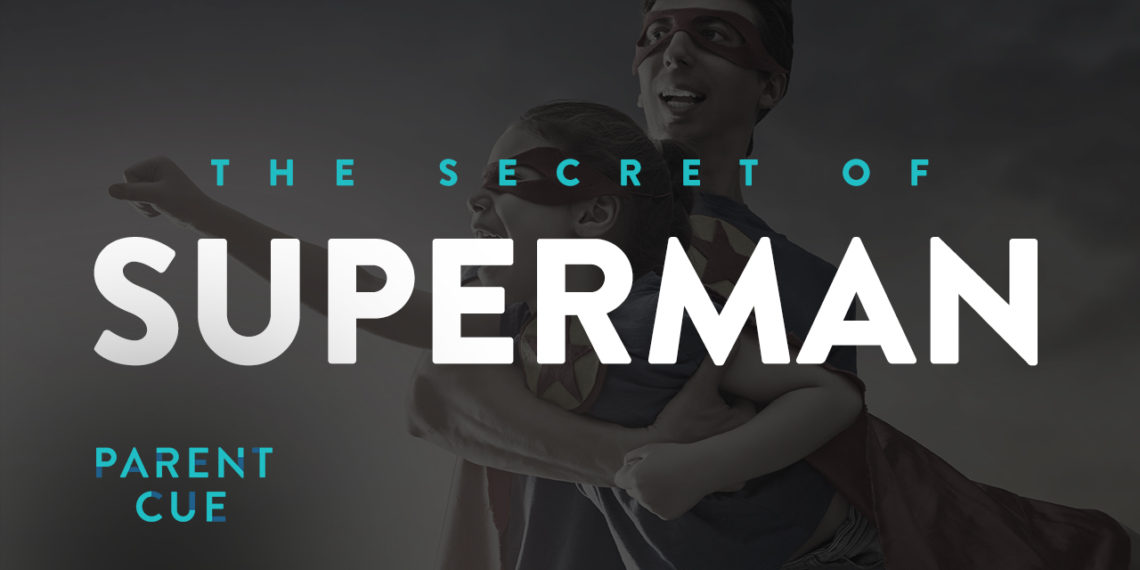 When I was a kid, I was obsessed with Superman. Seriously! I still remember the day my parents handed me a box from Sears and Roebuck that contained a red cape, blue tights with a red-and-yellow “S” shield on the chest. When I put it on, something magical happened. It transformed me from a shy six-year-old to a super hero with unique powers.

I was more powerful than my dad’s parked car.

I could leap tall fences with a single bound.

I was faster than our speeding fox terrier.

Looking back, I am absolutely positive that I could jump higher, run faster, and do more whenever I put on that suit. That was the year I got in trouble with my mom for running across the roof of our house in my red cape and underwear. It was just one of those days when I had to get suited up fast, so I left the tights off and just went with the cape. And don’t ask me how I got up on the roof. You should know. I flew, of course. At least that’s what I remember.

I don’t actually recall when I stopped believing in Superman, but his story did convince me of something that is true.

Good will ultimately win over evil.

It’s ironic that the story of Superman was created in 1938 by two high school students in Cleveland Ohio. Superman literally showed up in the nick of time. It just happened to be the same year, Hitler appointed himself as the supreme commander of the armed forces of Germany and set the stage for the most horrific war the world would ever know.

It’s intriguing that while nations were drawn into a world war that would threaten their existence, a fictional story of a superhero would entertain the imagination of a generation to suggest that good will somehow always prevail. I guess you should just never underestimate the power of a good story.

The point is the stories you tell to your kids every week really matter.

Why do you think…
Frodo in Lord of the Rings
Aslan in The Chronicles of Narnia
and a boy named Harry have such an appeal to the imagination of kids?

Because they echo an aspect of an ancient narrative that God put into motion at the beginning of time.

They remind us of…
the struggle between good and evil.
the existence of a supernatural and miraculous power.
the potential to be personally restored and transformed.

If you want to change the way kids and teenagers see this world, then make sure you give them stories over time.

That’s why we like to tell parents that stories over time = perspective.

Everybody loves a good story.
You latch on to someone who is going against the odds.
You identify with their struggle to push through.

Stories are powerful. Especially when they reflect God’s story.

So do whatever you can to amplify the best stories around you.

Read them.
Watch them.
Tell them.
Create them.
Write them.
Illustrate them.
Video them.
Live them.
Collect them.

So, what if I was never able to fly? There’s a secret I’ll always know because of Superman.

Good wins in the end.