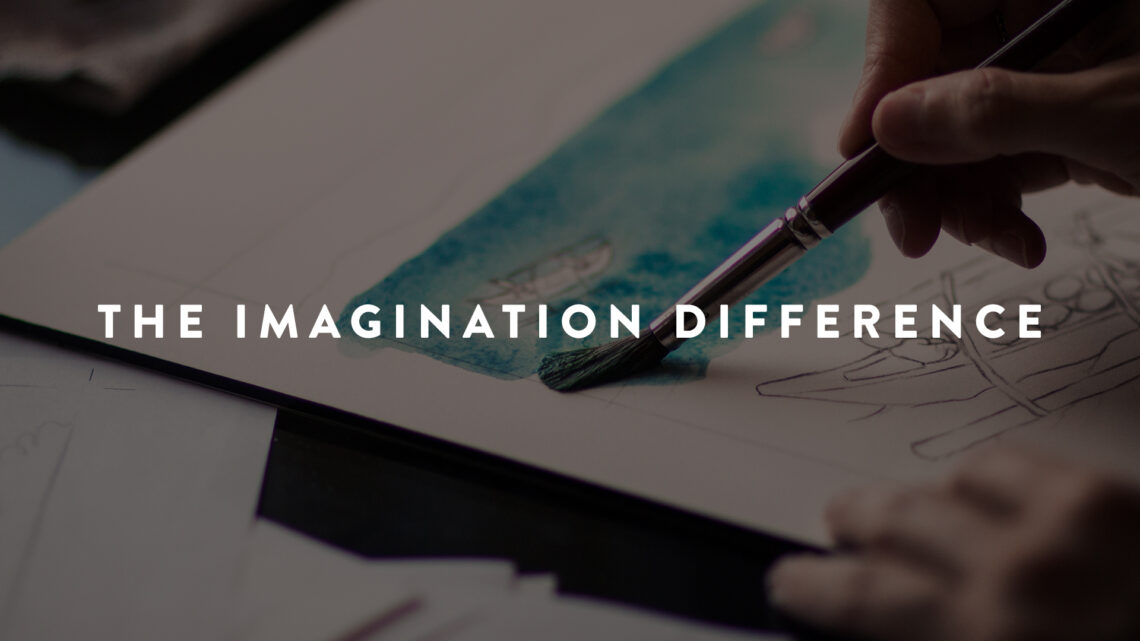 Imagination makes us different. But what makes imagination different?

When I think about what makes us as people different from every other creature, I know that it has everything to do with our ability to imagine. Imagination literally lets us see things that aren’t as though they were. It allows us us to experience a dimension of life that is different than what a dog, tree or whale could experience.

It’s because of my imagination that I know God exists, not because I imagined him to exist, but because he created me with an ability to imagine. And God’s imagination is more than mere musings in His infinite mind.

Rather than rely on what we can do or be on our own, God’s image-ination in us means that we’re already part of His story of redemption and restoration. When kids grow up to have faith in God’s ability to work in and through their lives, their sense of creativity goes to a whole new level.

That’s why we we are talking about the idea of  CREATIVITY this month. Because we believe that it’s important to tap into a child’s imagination and fuel their creative side. Not simply because we want to unleash a child’s potential to do unique things, but because we want every child to grow up and put faith in what God can do through them.

Throughout a child’s life, we have the opportunity to say again and again:

“You have amazing potential to create because you were created in the image of an amazing Creator.”

Once kids realize they have a place in God’s really big story, they can begin to fill the gap between “imagination” and “creativity.” Without action, imagination can dawdle into daydreaming. But when you add action to that imagination, it becomes the kind of creativity that can change the world.

Creativity, then, is “using your imagination to do something unique.”

The Bible gives kids (and us) a good reminder of how God viewed us when He created us: “For we are God’s workmanship, created in Christ Jesus to do good works, which He prepared in advance for us to do.” (Ephesians 2:10, NIV). Here’s another translation: “For we are God’s masterpiece…” (NLT).

What if God had imagined you, and imagined the good you’d do, but never put that imagination into action? What if He thought about and considered and planned the masterpiece He could make of you, but never put brush to canvas? That’s the difference between imagination and creativity, and that’s the difference between who we can be on our own, and who we can be in God’s story.

What are some ways you can fuel creativity in your children? How can you help them think about their gift of creativity in a way that will help them make their mark in this world?